The Inspiring Hospice philosophy is to provide hospice care that goes “above and beyond, and by the book”. Inspiring Hospices provide more and better care than is required of them by the Federal and State regulation – and always within an eye firmly on the rules. Our nurses pay more visits to patients – in some cases, up to four times more – than is required of them by regulation. Our professionals spend more time with patients than other providers. Our staff-to-patient ratios are far lower than industry – by design. We believe that there is nothing more powerful in hospice than time spent with the patient; we ask every member of our clinical team to maximize that time and make to it count.

…and by the book

We are careful stewards of the Medicare trust fund, which pays for the hospice benefit. We want to bring our exceptional care to as many deserving patients as possible, but only after an exacting standard of medical review is applied to each admission to determine that each patient qualifies for hospice. We are passionate advocates for transparency and patient choice, refusing to participate in any system that compensates physicians or facilities for referrals. We do what Medicaid asks of us; providing the services, medication and supplies necessary to palliate each patient’s terminal condition, and we provide care to any patient who qualifies – regardless of ability to pay – no exceptions.

This is the Inspiring promise: above and beyond, and by the book.

Read about our leadership team 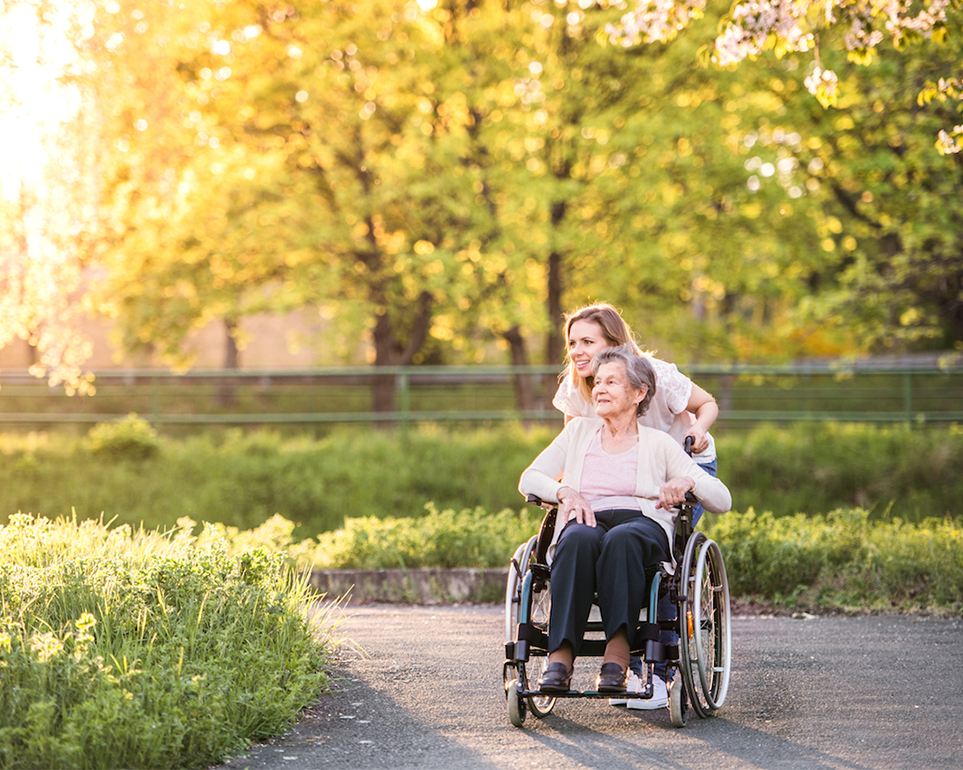 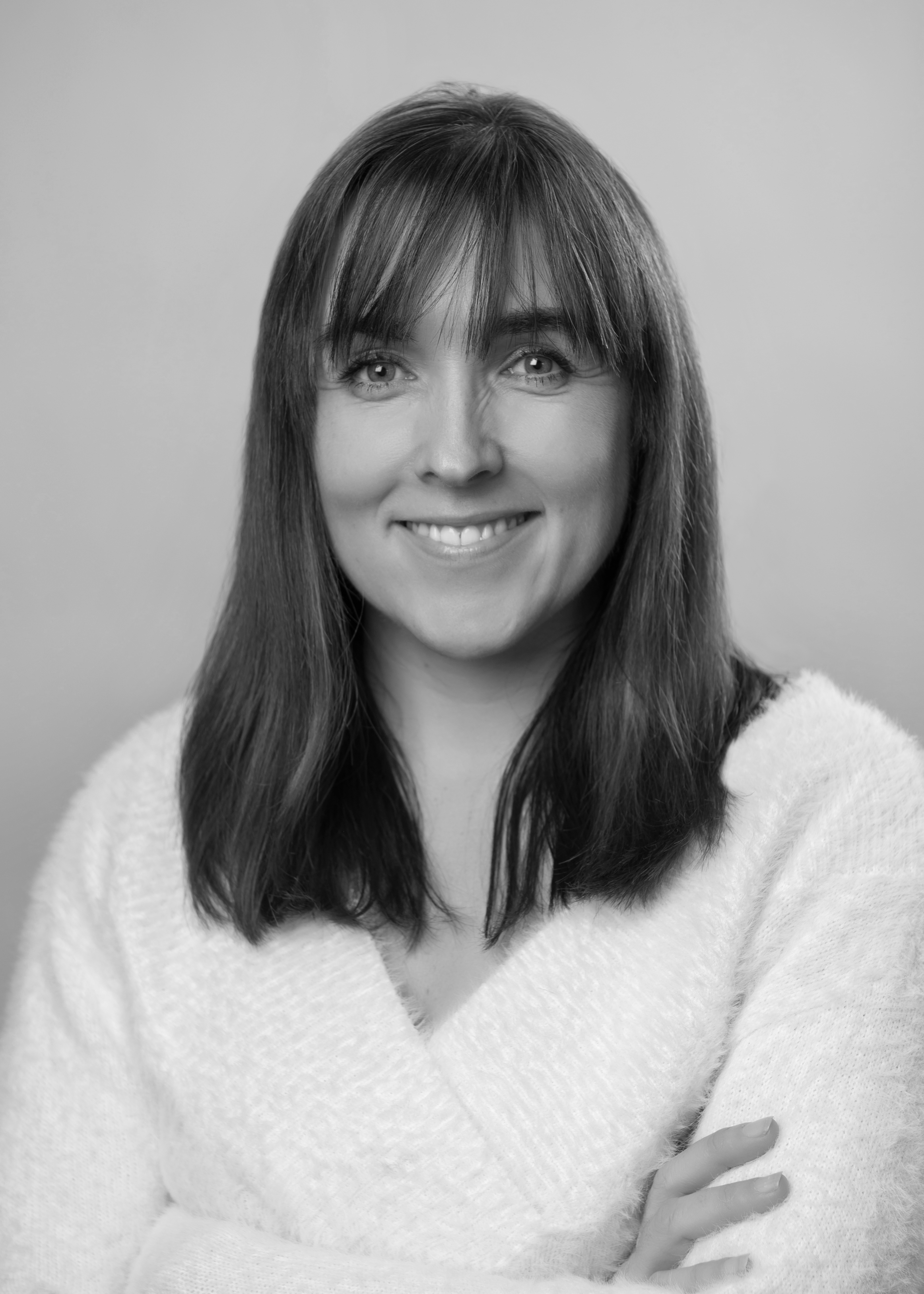 Eadaoin grew up in Ireland and attended law school (for the first time) at Queens’ University, Belfast.  After college, she worked for Ernst & Young as a trainee tax accountant, before relocating to the United States and returning to her first love – the law.  She re-trained as a U.S. lawyer at the University of Georgia, and enjoyed a long and happy first career as a partner at an Atlanta law firm, where she acted as corporate counsel for a number of small businesses and non-profits.

Eadaoin spends a lot of time on regulatory and employment compliance and works closely with the rest of the leadership team on the expansion of IHG’s operations into new territories. Working in hospice has been a serendipitous change: “Every lawyer goes to law school hoping to change the world and do good. In this industry, I have the privilege of working with heroes who carry others through death and dying.  I would like to think we place a strong emphasis on supporting them in that heroic work.”

Eadaoin lives in Athens with her two children. She has a passion for community, art, and all things Irish, and serves on the Boards of the Inspiring Hospice Foundation and the Oconee Cultural Arts Foundation. 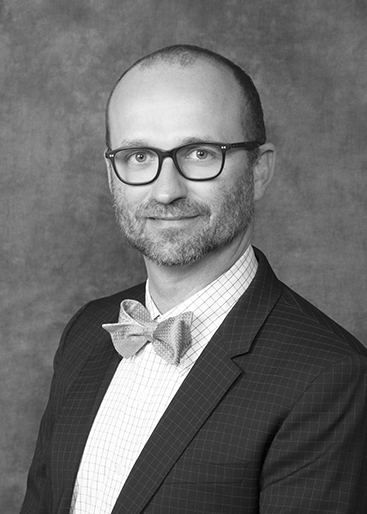 Steve grew up in the San Bernardino mountains of Southern California.  After graduating from Southwest Baptist University in Bolivar, MO, he completed doctoral studies in Biomedical Science at the University of Missouri.  He was led to hospice early in his career through the mentorship of his very first CEO, who was passionate about providing outstanding hospice care and inspired Steve with the same passion.

Steve oversees IHG’s operations across the country, beginning his days early on the West Coast. His role as CEO is to support IHG’s people in reaching their full potential –  lifting up those who want to be lifted.  “I learned early on that running an organization was only ever about the people you work with and those you serve.  Put those things first and the rest will follow.”   His coworkers describe him as generous, compassionate and unfailingly positive, attributes which are borne out in his personal motto – “Hakuna Matata”

Steve has run programs all over the United States which have set the gold standard for hospice operations.  In 2006, he co-founded his first program, which grew to service Atlanta and much of Northeast Georgia.  From there, he went on to own, operate and consult for hospices in South Carolina, Tennessee, and most recently, Oregon, Washington, and Georgia.  He has become a nationally-known authority on hospice regulatory compliance.

He is happiest flying his airplane, but his favorite destination is home with his family, human and four-legged. His pet peeves are public restrooms, germs, and snobbery. He keeps bees, makes a mean pot of chicken and dumplings, and shares his wine collection with a wide circle of friends. 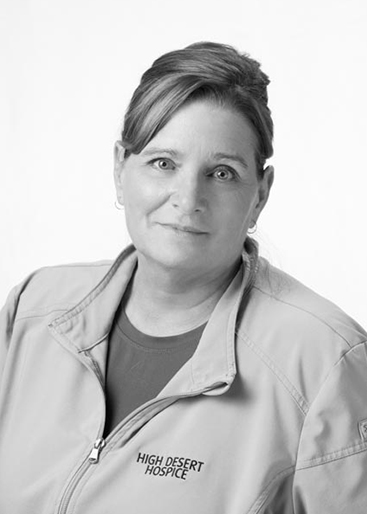 Barb is a registered nurse, and the Founder of High Desert Hospice in Klamath Falls.  A lifelong resident of Klamath Falls, she graduated with a Bachelors in Nursing from the Oregon Institute of Technology.  In caring for her mother through her final illness, Barb found a love for hospice. “When I saw what hospice was able to do for my mother, I knew that I wanted to invest my life in this field of medicine.

I founded High Desert Hospice so that anyone in my home community who needed end-of-life care would have access to the very best in hospice services.”  She attributes her success in founding and building High Desert Hospice to her parents, who taught her to work hard and that “if you can dream it, you can do it.”

Her dream-of-a-lifetime vacation would involve taking her sisters to Australia to stay in a famous hotel on a giraffe plantation: giraffes were Barb’s mom’s favorite animal.

In 2015, Barb made the decision to bring High Desert Hospice into Inspiring Hospice Group.  She now sits on the Inspiring Board, where she contributes many years of clinical experience and a huge heart for patients and employees.  Described simply as “giving” by the Klamath Falls clinical team she oversees, Barb’s unsurpassed passion for service has influenced IHG’s ethos and in turn, the policies that govern our patient care and our treatment of employees. 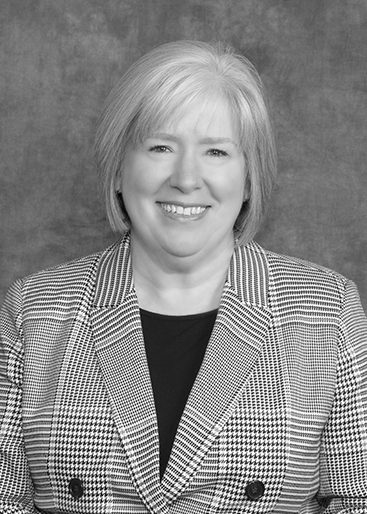 Peggy was born in Great Falls, MT.  Her father serving in the Air Force, she attended eleven different schools between kindergarten and 12th grade and has lived in places as far-flung as Germany and Newfoundland.  Her school career later took her to Little Rock Missionary Seminary and then to Mansfield Business School.

Peggy has always worked for organizations with a service mission.  After twenty years in education, she intentionally moved her career to Hospice. The Director of Human Resources at IHG, Peggy oversees compensation, benefits and policies and procedures for its 75 employees. A much-beloved member of the management team, Peggy is the resident Excel whiz-kid and HR process guru. She abhors over-use of the reply-all button and works tirelessly teaching common-area etiquette in the workplace.

Happiest spending time with her family and friends who attribute gentle characteristics like “loyal” and “reliable” to her, it  comes as a surprise to some that she’s a sharpshooter!  She dreams of traveling Europe and seeing the Northern Lights one day. 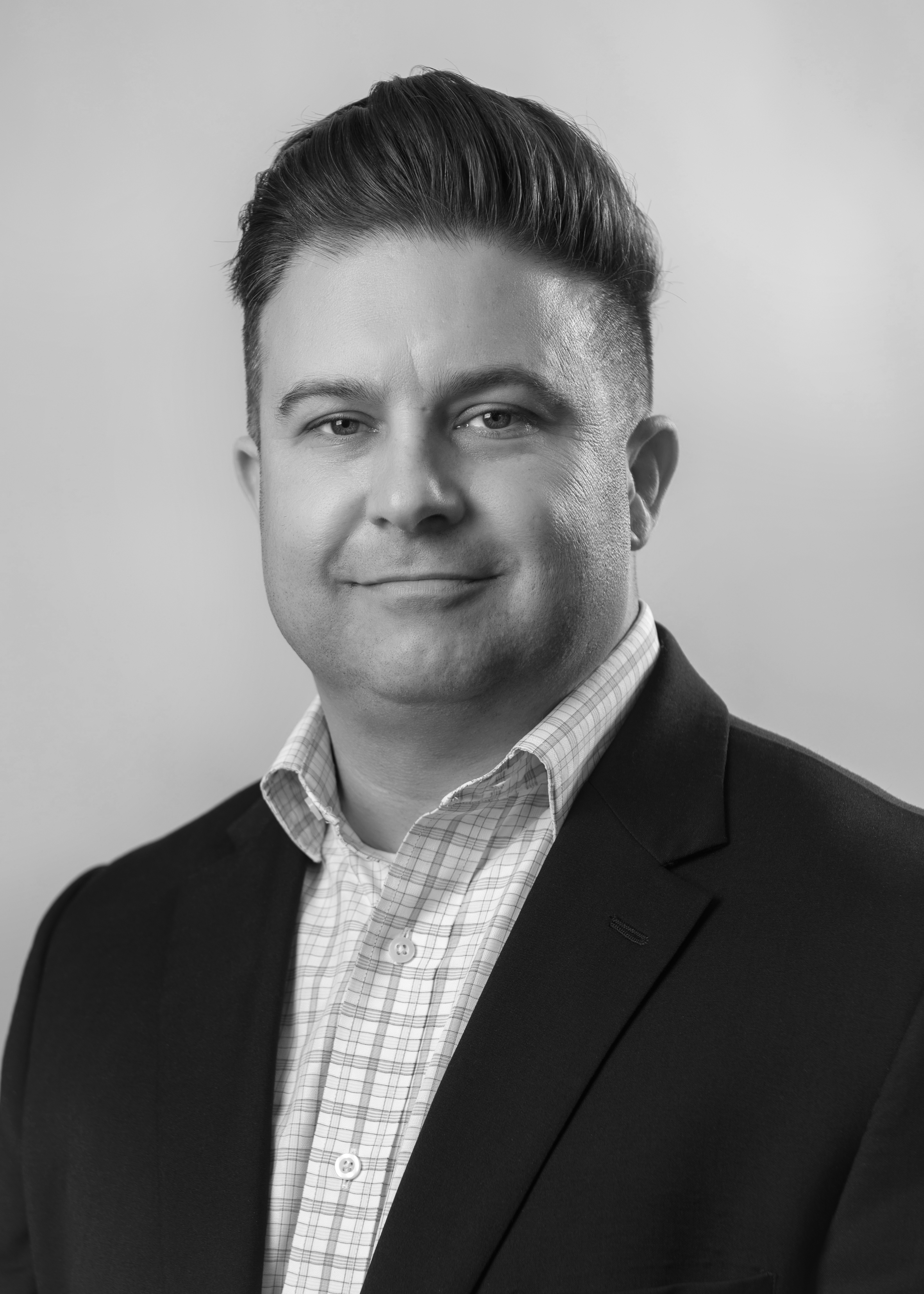 Shawn has a background in business, sales and marketing, but found his calling in hospice education.  “Hospice has allowed me to spend my career looking for, and implementing, ways to honor peoples’ wishes in the last phase of their life.  It is an unbelievable honor to be a part of a team that helps patients fulfill hopes and dreams at such a deciding moment.”

Shawn has a passion for inspiring people, and brings larger-than-life energy to the education team at Inspiring. A lover of people and stories, he uses his gift for communication to share his passion for hospice. “Hospice means working as an interdisciplinary team, made up of doctors, nurses, spiritual care advisors and social workers who are supported by an office team. Each member of our team improves patient lives in a critical way – by relieving pain, being a kind listener while giving a bath, praying with a patient, calling to see what supplies a family needs, or simply by delivering a milkshake. I see the impact of those small acts of love – a patient who no longer has to make nighttime trips to the ER because her pain is finally managed, or a patient whose bad dreams dissipate when a crisis of faith is aired out and calmed by our pastor…I use those stories to remind our team of the miracles they’re performing.”

Born and raised in rural Northeast Georgia, Shawn loves the land and finds his rejuvenation in hunting and farming the property he shares with his wife and three children in Oglethorpe County.  If he could live off the grid Little-House-on-the-Prairie style, he’d do it in a heartbeat. A little-known fact about Shawn is that he’s a former NCAA collegiate wrestler. It’s a better-known fact that he hates politics and drama. He’s at his happiest simply watching his family grow up. 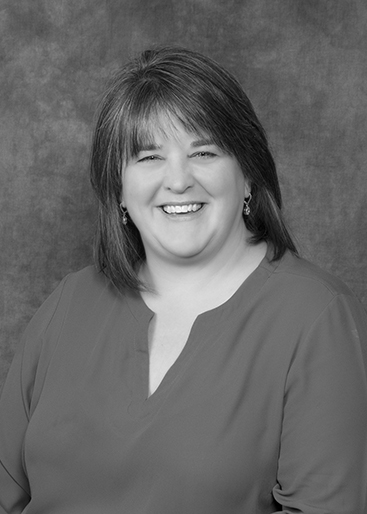 Leigh is a registered nurse with a former career in resort management – her life has been dedicated to delivering excellent customer service and making her clients, and now her employees and patients, feel their very best.

As Director of Clinical Services, she provides clinical oversight for IHG’s hospice programs. She is passionate about supporting the nurses, aides, doctors, social workers, spiritual care workers and all of the professionals who comprise her teams, and empowering them to provide the highest standard of hospice care in the industry.

A native Oregonian raised on Mount Hood, Leigh may be found working weekends on the family “farm” on the coast where her grandmother raised cattle for years.  The hard physical work of clearing and maintaining the land in anticipation of building her dream home gives her regeneration from the challenges of an intense professional life. Leigh also honors family and tradition by continuing her grandmother’s legacy of sewing, crocheting, and knitting. “My grandmother taught 4-H sewing for 35 years.  I followed in her footsteps and started sewing when I was 4 years old.”

She has an abundance of grace for anyone who cuts her off in traffic, but a toilet paper roll hanging the wrong way around is a pet peeve.  An insistent optimist, Leigh lives by the motto “Crisis Begets Opportunity – when things are going wrong, it’s time for a change – embrace it and recognize it for the tool that it is.”